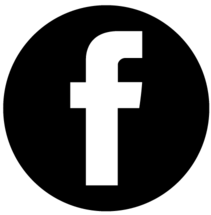 Windswept Fine Art Gallery
Plein Air landscape paintings by Steven R. Hill
Steven R Hill moved to Lopez Island in May, 1974, fresh out of Graduate School at Washington State University (MFA), with two other artists, Shirley Wright and Bern Sundell, as a business partner to build and establish a private art school, known as Grayling Gallery. They were all following a big dream to make Lopez Island their permanent home and a place where they could both teach for a living and create art full-time.

The reality of the project, was that it was going to take many years to finish, not the few months they had all envisioned.

After 8 months with the project, (non-stop 10-12 hour workdays), Steven left the partnership to become full time art teacher at Lopez High School, where he also met his wife, Judy. They were married in 1975 and have raised 3 sons on the island. He taught art there for 5 years, before starting a successful graphic arts company (Island Graphics) which also led to establishing the first newspaper on Lopez in 1983, which became “The Islands Weekly”, until he sold it to Sound Publishing, (2000) solely to get back into making art full-time.

Since then, he hasn’t looked back. His artwork has won 64 top awards in major international level juried art competitions, resides in countless homes, dozens of permanent collections, 3 west coast art museums and has been published in many contemporary Fine Art Magazines and books. He has also participated in many invitational juried exhibits, including the Florence Biennale, Florence, Italy, representing the U.S. in 2011 and The Annual Chelsea International, NYC, 2009, among others. Perhaps his most prestigious honor was to win “The Superintendent’s Purchase Award” at the 2014 Zion National Park Plein Air Invitational, which put his pastel in the permanent collection with iconic artists like Thomas Moran, Maynard Dixon and other notables who have gained that honor over the past 100 plus years. In 2018, he was nominated and voted into the Salmagundi Club, NYC, Americas oldest and most prestigious art organization, founded 1871.

He works primarily in pastel, (plus oils, drawing, watercolor) and paints all over the islands, the U.S. Europe, and even Cuba in the style of “plein air” which literally translates to “outdoors, on-site” . . . always in front of live subjects in ever changing light conditions.

His primary goal is to make the viewer feel like they are immersed in his painting, through his creative and spontaneous use of color. As one NYC review put it . . . “Hill’s vibrant colors run like an electric undercurrent throughout his work, making them tremendously exciting and fresh” (Artist Spectrum Magazine review, August 2010).

You can see for yourself by visiting his water-front art gallery at 783 Port Stanley Rd., where well over 100 of his original works are always available for viewing and purchase. It's always best to call ahead to make a quick appointment. (360-468-2557) Open 11-5 daily.

"The Air, the air, is everywhere"