The BLM worked with the adjacent landowners to support the boat owner’s resolution of the situation, and all cleaned up the area daily as debris continued to float out of the sinking vessel. Many thanks to the Reeves and their team for the lions share of on-site triage. It was a sad situation that could have been much worse.

In the end the Washington DNR and San Juan County Derelict Vessel Program facilitated the removal of the boat before seasonal storms could break it up. All week there were conversations among public and private stakeholders, that included IOSA, the Dept of Ecology and the Coast Guard.

Many thanks to the entire network of stakeholders who respectfully cared for the unfortunate boat owner while taking measures to protect the environment, both private and public property, including the National Monument and a San Juan Islands National Wildlife Refuge island.

I would call this another example of the exemplary caretaking fabric this community has woven for both the natural and cultural setting, which has been especially apparent this year. 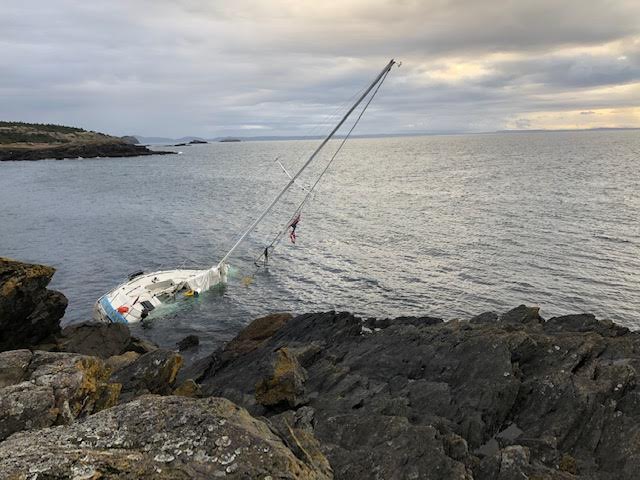 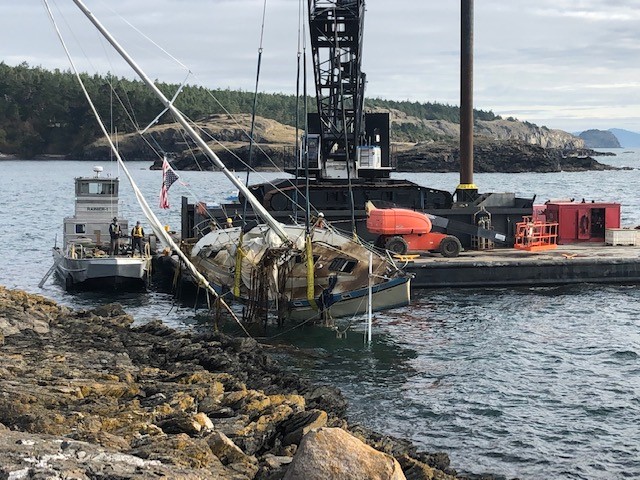