Will the voting at tonight's 5:15 LCCA annual meeting of the membership be valid? An unestimated number of people who want to vote have been prevented from voting, intentionally or unintentionally.

Everyone who resides or owns property on Lopez Island is a member of the LCCA, and everyone over 18 can vote according to the bylaws.

Members of the Lopez community find the following issues in conflict with the bylaws and stated mission of LCCA:

(Which are most concerning to you?)

1. This is the first year that registration has been required to vote. The registration cutoff is three days ahead 0f the 3/14/22 meeting. This rule was decided by the incumbent board and not a vote of the membership. This rule is unnecessary and perhaps "un-Lopezian".

2. Voting registration deadline on the LCCA website was advertised as the end of the day on 3/11/22. A significant number of people who attempted to register after 5pm on 3/11/22 were denied registration. Some of those people contacted the LCCA office to register by email -- no response has been received for them to know if they are eligible. Unknown number tried to register a vote and failed and gave up without sending an email.

3. Changes to the bylaws are up for a vote tonight, though only a very small percentage of the membership is aware of the vote and even fewer are now "eligible" to vote.

Some of those bylaw changes will alter how voting happens. Putting the cart in front of the horse... changes that will have a bearing on this meeting. Good luck tracking the differences between versions, or finding any older versions of the bylaws. The board has reviewed a document that colorizes the changes, but the LCCA office denies its existence and will not share it.

Driving past the LCCA this morning, the annual meeting is not advertised on their readerboard. Also a new precedent.

5. Proposed bylaw changes did not get shared with a significant portion of the membership at least 20 days ahead.According to the bylaws: "6.2 Notification to the LCCA of proposed Bylaw changes shall be announced in a manner which is likely to reach a significant portion of the LCCAmembership at least twenty (20) days prior to the annual meeting at which the changes will be considered for ratification."A post on a website is not sufficient.

6. The "about LCCA" page of the LCCA website advertises the annual meeting and trustee voting happens in December. Out of date and misleading to many.

For the vote this year the LCCA board is complicit knowing that the nominating committee was only one person, the chair of the board, Bruce Ellestad, who himself is up for re-election to the board. Only registered voters received the slate of candidates, and that was 3 days before the annual meeting and vote.

8. Bruce Ellestad, present chair of the board of Trustees, held the role as LCCA trustee chair for all of 2021 - even after his 3-year term expired.

How? Good question... Bruce's last vote by the membership was December 2017, and so he should have finished his term of three years at the end of 2020. For Bruce to continue officially on the board and to become the chair he should have been reelected at the March 2021 meeting, which he was not. Bruce was a one-man nominating committee for the 2021 board election, but he was not on the slate and was not ever voted to continue his term.

The March 2021 election did produce 6 new board members, but not Bruce -- this board renewal in 2021 followed a significant exodus of former board members in 2021 and 2020. Realizing this mistake, chair Bruce and the LCCA board retroactively "re-appointed" Bruce Ellestand to the board in January 2021. To rectify the change of annual meeting from December to March, Dawn Wexo and Migael Scherer were also retroactively appointed for renewal, having been voted in by the membership in December 2018.

9. A document explaining proposed bylaw changes sent to registered annual meeting voters is not comprehensive. Why not?

One un-publicized change will prevent at least three people from ever serving on the board of trustees again, Barbara Fulton, Shawn Westervelt, and myself, Todd Twigg. Why?

10. Proposed bylaw changes precede an effort stated by LCCA staff and executive committee to change the LCCA articles of incorporation from a board of trustees to a board of directors. How and why is this not a significant issue to discuss? If it is not significant, why change it?

11. Alternatives exist that honor the bylaws that have served this community for more than 20 years.

The annual meeting should be delayed and rescheduled to satisfy bylaw amendment provisions for notice to reach a significant number of members, 20 days ahead. Board member nominations 14 days ahead. Voting for this meeting should not require registration without approval of the membership and if approved implemented very carefully and fairly. There is no reason this meeting can't be held both as Zoom and in person at LCCA.

To be aware of these issues might be fundamental for our community to continue as stewards of the LCCA. Let's honor the LCCA's very democratically conceived bylaws and inclusive ideals. I believe staying true to the bylaws and mission statement is paramount for the LCCA to remain relevant and trusted by the Lopez community.

Please consider attending the LCCA annual meeting and LCCA board meetings. Love the LCCA and its democratic ideals? Run for a seat on the LCCA board! 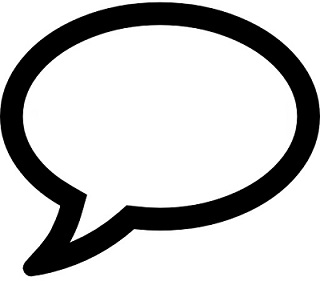 1
Having the option to have a vote within an organization that has some influence over your community commons is different than having obligations that organization.
An example of a group you are automatically a part of is being a US citizen.
Comment by Dan Post
Mar 20, 2022

2
When Jeff (some 30 years ago) presented the idea that everyone is automatically a member of the LCCA I told him that I thought it was not a good thing. There are many groups that I (and I am sure you all) do not want to be a part of. What other organizations am I automatically sign up for?
Comment by Staci French
Mar 19, 2022

5
Thank you Todd for bringing this to the community's attention. I know I have enjoyed many events over the years at LCCA and greatly appreciate all the mostly volunteer organization does for the community.

I also attempted to sign up to vote once I found out we had that option, as I did not know ... Read All
Comment by Rochelle Fowler
Mar 19, 2022

4
I agree with Debbi. I've lived on the island for 72 years and didn't know I was a member. I haven't received any correspondence regarding membership, or been given the option to sign up to vote. Why not?
Comment by Debbi Arnott (Lopez Hill Farm)
Mar 19, 2022

4
LCCA
Libby, I very much appreciate the win-win tone in your post, advocating for quality communication between the LCCA Board and the membership. Also, for Sam and I, the saying, “You learn something new, everyday.” applies. We have been property owners for 22 years and full-time residents for 7 years. This is the first we ha ... Read All
Comment by Libby Valluzzi
Mar 17, 2022

8
Dear LCCA and anyone who reads,

May I humbly suggest holding an open public meeting in the coming weeks, rather than (or in addition to) a statement? I do realize all the work and coordination that just went into the Annual Meeting, and what a hassle it may be to have yet another public meeting. I ... Read All
Comment by Lopez Center for Community and the Arts
Mar 16, 2022

This post contains many factual errors and misrepresentations of events over the past several months.

The LCCA will be issuing a statement to help increase community understanding of the events in question in the coming weeks.
Comment by Nathan Donnelly
Mar 16, 2022

6
I'm disappointed I didn't get word that there was a vote, or even a meeting in the emails I receive from the LCCA for all it's events. I don't recall ever learning of an annual meeting before it happened.
I'm alarmed at the voting hurdles put in place. Is this Lopez, WA, or Lopez, TX? This is exactly the ... Read All
Comment by Todd Twigg
Mar 14, 2022

3
I will correct my post to say that the bylaw revision was advertised on 3 websites.
Comment by Brian Kvistad
Mar 14, 2022

6
Huge thanks to Todd for raising these concerns about governance of the LCCA. I share his concerns. The LCCA’s relevance and credibility is on the line. I hope that the board does the right thing.
Comment by Nathan Hodges
Mar 14, 2022

7
Thank you Todd for this posting. The issues you raise seem like important considerations and I hope to hear directly from the LCCA board in response.

I am one of the folks who tried to register to vote but could not. I am very surprised to learn that the requirement for registration is a new one and ... Read All
Comment by Libby Valluzzi
Mar 14, 2022

Thanks for expressing concerns and confusions with LCCA. I agree this all needs to be addressed with as many community members participating as we can. I have lived on this island for 9 years and actually only last week found out that because of my residency, I am a member of the LCCA. Imagi ... Read All