However Clark county and the Columbia River Gorge might continue to see Very Unhealthy air through tomorrow at least because of the proximity to fires, and their relief will be later on Saturday.

Eastern WA: The last 3 runs of the more pessimistic models have continued to show good ventilation across the Columbia Basin on Saturday, so there is good confidence this wont be a busted forecast. This will not immediately erode away all the smoke stuck in valleys, so it needs some time to do it's thing. By Sunday morning most of the air should be Good to Moderate, except very close to fires. 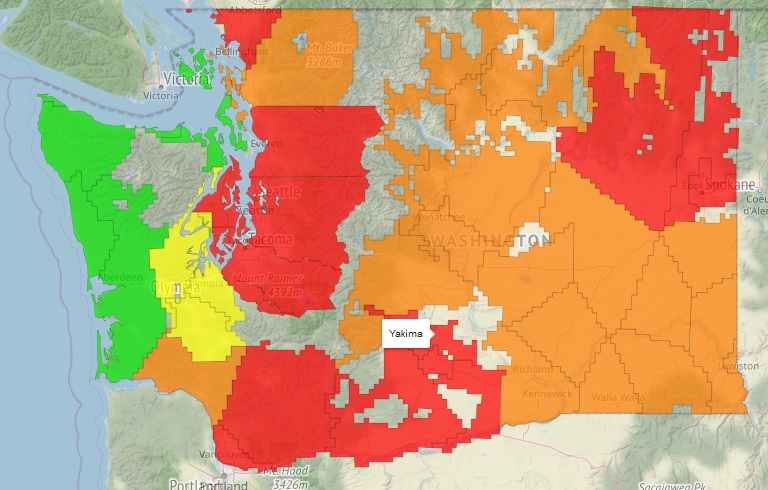